UK to lead the way in training for autonomous shipping

The UK’s standing as a world-leader in the safe testing and development of autonomous vessels has been further enhanced by a new standards and safety regime to shape the future of training for autonomous shipping globally.

The UK is the first flag state to join the network which is set to shape the future of training for autonomous shipping in its commitment to innovation in the industry. The UK will work with the UN’s International Maritime Organisation to ensure development and roll out of autonomous vessels is safe and secure by design.

As a founding member of MASSPeople, the Maritime and Coastguard Agency will be looking to develop world-leading training standards for those who operate these types of vessels.

The UK has also invited selected flag states to agree to take part in the International Training Standards working group to look at establishing high standards of training in MASS. The group consists of representatives from European and International maritime authorities.

As a founding member of MASSPeople, the Maritime and Coastguard Agency has also invited selected flag states to take part in the International Training Standards working group to look at establishing high standards of training in MASS.

“This is unchartered territory, and with the UK’s global expertise in shipping safety standards, the UK is best-placed to set the global benchmark in the development and rollout of safe, autonomous shipping.”

Katy Ware, Director of UK Maritime Services (pictured below) said: “Seafarers and their safety is something we take very seriously and that includes making sure they are trained in all aspects of the maritime industry that they work in.

“As new technology is introduced and new ways of working with it, we want to make sure the training standards keep pace with it so that our seafarers stay safe while they work.

“This working group will not only set the benchmark for qualifications required by operators now but also in the future.”

The standards currently in place in the International Convention of Standards on Training, Certification and Watchkeeping for Seafarers (STCW) do not currently adequately provide for standards for the operation of MASS.

It will include such aspects as specialisms, competencies, training structures and qualifications.

Working alongside the MCA will be global geo-data company Fugro and Seabot XR, SeaBot XR is an agency for next generation learning products and services. 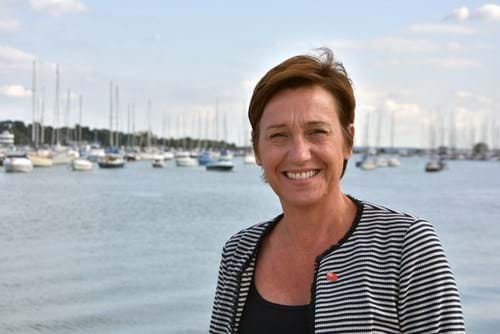