This International Women in Engineering Day, we want to shine a light on our hard-working, dedicated surveyors – and celebrate the success stories of three women in our ranks, from the first female engineer to join the Maritime & Coastguard Agency to one of our more recent recruits.

Gwen Lancaster is one of those trailblazers, breaking down barriers when she became the first female to be hired as a surveyor in March 1996 – five years after the first British woman had been to space; the pace of change may have started exceptionally slowly, but it has gained significant momentum since and we now pride ourselves on an inclusive work environment.

“Shipping used to be a completely male-dominated industry,” the HQ consultant surveyor said. “So I knew that was going to come with challenges. But I think if I wrote a book about what I experienced, people would still be shocked.

“It is very different now but, back then, most seafarers had never worked with females before and that was often what came up. They didn’t know how to deal with me at the start, once they saw that I knew what I was doing, they were fine.

“I do believe that if I hadn’t proved myself early on, then we wouldn’t be where we are now with lots of female engineers in the MCA; I like to think that I helped with that.

“But it wasn’t just me, yes, I was the first, but the next women that came in had to prove themselves as well."

She added: “Women have done brilliantly, with several progressing from surveyor to senior leadership positions. I think we’ve shown that women can do anything in this industry.

“We have proved ourselves; the MCA is a really good employer and, with that bit of support, women have done really well – the directors of the coastguard and UK Maritime Services are both women.

“I do feel a real sense of pride looking back, I especially feel pride every time we hire a female surveyor.” 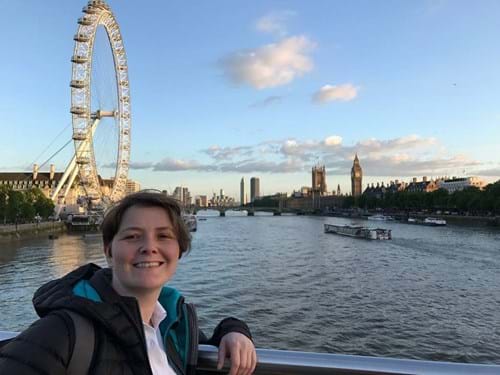 One of those is head of international survey operations, Leanne Grillandini. She has worked for the MCA for 11 years, give or take a week or two, and agreed with Gwen’s assessment of the rate of change since joining.

“There have been a lot of challenges over the years,” she said. “My career has kept me in male-dominated roles and it has been very hard at times, but I think things have really improved in recent years. There’s been an attitude shift, and that’s half the battle.

“The MCA is a great place to work and there’s a lot of support for whatever you need, I’ve also had male mentors and bosses that have really gone out of their way to push me and encourage me, without them, I don’t know where I would be.

“At this moment, we have a high number of Grade 7 [experienced officials with significant policy responsibilities] women right now and I think that says everything about where we are now – it's like day and night between a decade ago and now.”

But does Sophie Foster, H-Level surveyor since 2018, also agree?

“The most important thing the MCA does to support female engineers is that they treat everyone equally, no matter their gender,” she said. “Something that is important to me is I never want to feel like I am being given special treatment for being female, I only ever wanted to be treated as an equal to my male colleagues.

“I can honestly say that over the past three and a half years that I have worked at the MCA I have never been singled out for my gender and always felt fully respected and supported.

“There are many reasons why there are so few women in engineering. Perhaps most importantly, engineering has been such a male-dominated field for so many years, that there is the unconscious bias that men are better at engineering, which is of course simply not true.

"Please encourage your daughters, sisters, nieces, friends, any female in your life to pursue engineering if that is something they are passionate about. I really hope that for future generations there will be closer to a 50/50 gender split in engineering."